Speak Up for Women calls out Greens’ censorship

This open letter to the Green Party was penned after an opinion piece by Jill Abigail, a feminist and founding member of the party, was censored by the Greens’ leadership. (Redline has reprinted her article here).The intolerance of the Green Party leaders and their acceptance of the misogyny of gender identity politics shows how expendable women’s rights are to them. Hundreds of people signed within days, including well-known feminists Sandra Coney and Alison Laurie.

An Open Letter to the NZ Green Party

We, the undersigned, write to you to express our support for Jill Abigail and her article published in the 2019 Spring issue of Te Awa (Green Party News publication). 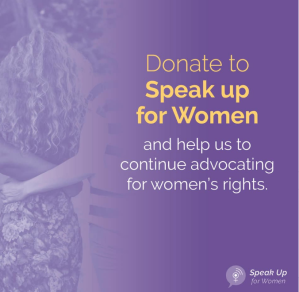 We reject the assertion of Green Party co-leader Marama Davidson that the article “puts trans rights to exist up for debate” and condemn the public vitriol Jill has been subjected to by members of the party.

Many of us are Green members or former Green members and we are seriously concerned at the refusal of the Green Party to hear the concerns of women that our rights are being impacted by the rapid adoption of gender identity ideology.

We echo Jill’s sentiment that “it would be progressive of the Greens to be working for solutions that are fair to everyone, rather than reinforcing the current divide”.

We call for the Green Party to answer the following questions in order to make plain their positions in this contentious space:

We suggest James Shaw, Marama Davidson, and the Green Party apologise to Jill Abigail for the defamatory comments and bullying she is being subjected to by members of the party and call for the abuse to stop immediately.

There may be a loud group of activists in close proximity to those in power, but the party is diverse and a growing number are feeling increasingly more alienated by the ideological positions being taken on gender identity.

See here for the signatures and comments