Titanic: a disaster built on class

A hundred years ago the sinking of the Titanic exposed capitalists’ contempt for ordinary people, argues historian John Gray

This article first appeared in Socialist Worker (UK) on April 14 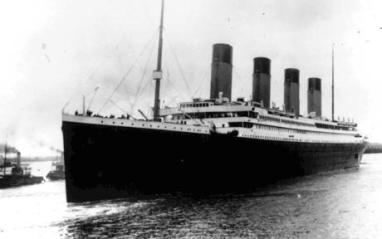 You can rely on the playwright George Bernard Shaw to have a good remark to say about almost anything.

After the sinking of the Titanic he complained, “Why does a sensational catastrophe always drive a modern nation into an explosion of outrageous romantic lying?”

Shaw was particularly objecting to the way the Titanic disaster was immediately converted into a tale of British pluck and derring-do.

The Titanic was meant to be the greatest ship in the world on its maiden voyage. Actually it was almost identical to its sister ship the Olympic, launched a year earlier.

However the Titanic saw the greatest loss of life in a peacetime maritime disaster and the story holds a gripping fascination. It’s the ideal disaster movie. But looking at it that way evades the significance of the event.

The main focus today is still on the luxury of the first class facilities—the Parisian restaurant, the Turkish baths and so on.

Philip Gibbs, writing in the Graphic newspaper in 1912, said, “The luxury and splendour that all science and wealth and art of modern civilisation could put into a floating city has disappeared with one frightful plunge into the abyss.”

Yes, the 46,000 tonne Titanic could claim to be a floating city.

But this tends to ignore that it was a complete city—complete with a class system. And that class system helped determine who the victims were.

We come to 2am on the day the Titanic sunk. Who was saved shows the social complexion of the disaster.

It’s a high death rate in all categories. But it ascends the further down into the ship you go.

On the other hand the idea that the third class were all locked down below cannot be sustained, because 25 percent of them escaped.

Actually the category that suffered worst of all was crew. Nearly 700 of them, or 76 percent, died.

Third class passengers were disadvantaged because their accommodation was distant from the lifeboat deck.

And the route from their accommodation to the lifeboat deck was quite a complex one.

Added to this, the whole catastrophe took two hours and 40 minutes to unfold. It took approximately 20 to 25 minutes for the captain to realise that the ship was sinking.

An example of the failure to realise that catastrophe was afoot were the instructions given to postboys in the flooded departments. They were told to start moving sacks of mail to ensure they didn’t get wet.

Then, in order to prevent panic, the initial instruction appears to have been for passengers to put on their lifejackets. The instruction to prepare to abandon ship was a second order.

In third class this was done by stewards. The evidence of the one surviving steward is that his instruction was simply to tell people to put life jackets on.

This seems pretty pointless in the middle of the night when there’s no sign that the ship is actually sinking.

I think what’s also involved is a greater level of anxiety over social control than about the fact that the ship may be sinking.

There was concern that if an immediate message was given to the plebs that the ship was sinking, they would storm the lifeboats.

There’s no evidence of any storming of lifeboats.

The death rate by gender and age demonstrates that the policy of women and children first was largely effective.

It was only in third class that women and children suffered in a major way.

Could it all have been stopped?

Regarding the disaster itself—what was avoidable and what was unavoidable?

The Marconi firm that operated wireless telegraphs enabled ships to communicate with each other. Certainly eight messages about the presence of icebergs were ignored.

Icebergs were likely to be encountered along the westward route for transatlantic liners.

Shipping companies could have routed ships further south. But that would have meant a longer passage, increased use of fuel and less profit.

It was a common agreement between all the shipping companies to use the same route.

It’s not correct that the Titanic was trying to break the speed record. The priority was comfort and load-bearing capacity.

Nonetheless, an article in the industry journal The Shipbuilder after the disaster shows what attitudes were like at the time. It said, “There is no object in providing power for good speed unless it is intended for use regardless of circumstances.”

The Titanic maintained nearly its maximum speed of 21 knots, despite warnings about icebergs.

Then there’s the matter of the watertight bulkheads. The Irish News announced in June 1911 that with these the captain could instantly close the doors throughout, making the vessel practically unsinkable.

There were 16 electronically controlled bulkheads. Yet in the event they did not rise up far enough and were not watertight.

The bulkheads were designed to keep the ship afloat with any two compartments flooded. The Titanic had six compartments punctured—and from that moment the ship was doomed.

On the question of lifeboats we get a lot closer to culpability.

Alexander Carlisle was a witness at the British inquiry into the sinking of the Titanic.

He was asked if there was a sufficient number of lifeboats on the Titanic.

He replied, “I consider there were not enough. I have said so over and over again.”

But he didn’t say so in the right places.

There was a meeting with Bruce Ismay, chair of the White Star Line shipping company, to finalise the design of the Titanic. It lasted four hours—and five minutes of it was devoted to the question of lifeboats.

It was agreed to make the Titanic capable of handling 40 lifeboats. This was because there was a fear that the Board of Trade was going to increase the requirements for carrying lifeboats.

Indeed there was a Board of Trade inquiry in 1911. Alexander Carlisle was one of the members.

That inquiry failed to recommend any alteration to the requirements on the grounds that it would be unfair to older boats.

Carlisle signed that report. So there you have it—the Titanic capable of holding 40 lifeboats but only having 20 on board.

Carlisle, despite his attempt to position himself as a prophet of doom at the inquiry, took no action to try to resolve the problem.

How eight died building the ship

The class divide on the ship mimicked the shipyard that built it.

At the top were the directors. By and large they started as gentlemen apprentices from good families.

Among them were Lord Pirrie and Alexander Carlisle, who were the most involved in the design of the Titanic. People had to cough up 100 guineas to enter that category.

Then we go down a level to the apprentices. Entry to apprenticeships cost 50 guineas. Only a certain class of family could cough up—those from a tradition of skilled workers.

The skilled tradesmen at the Harland and Wolff shipyard in Belfast were among the best paid in the UK. They had strong trade unions and there had been major strikes at the end of the 19th century.

Skilled workers enjoyed higher “British” standards of wages and conditions. They workers might earn 2 pounds, 10 shillings a week, which was a very reasonable wage—enough to buy a house and have leisure.

By contrast a labourer tended to earn less than one pound a week, which was not a living wage.

His wife and children would have had to work in the mills to keep the show on the road.

The shipyard was a huge sprawling working environment, containing between 12,000 and 15,000 people.

But control mechanisms were in place for making sure the workforce did not have a moment of idle time. You were docked for the time on the toilet.

It was an extremely noisy, dirty and dangerous environment.

There was an expectation of one death per ten thousand tonnes of ship constructed.

The Titanic did better than this—eight men died building it. In addition there were 28 serious accidents and 280 slight ones.

The Irish revolutionary James Connolly referred to the toll or clang of the ambulance bell marking the progress of the shipbuilding industry in Belfast. He did not exaggerate.

The reckoning after the wreck

The Titanic disaster was subject to two inquiries—an American one, because the parent company was American, and a British one.

The US one was easily derided because of the ignorance of the senators who conducted it.

One senator asked a surviving officer, “Can you tell me what an iceberg is made of?” Answer, “Ice I would have thought, sir.”

That inquiry readily found a scapegoat—Captain Smith, who had gone down with the ship and obviously couldn’t answer for himself.

The object was pretty clear. Everybody was exonerated—even Bruce Ismay, chair of the White Star Line company, who just happened to find an empty space on the last lifeboat. There was a special word on his behalf.

If he hadn’t stepped into that vacant lifeboat place, it was said, there would have been another pointless death.

That’s effectively saying to him, “You had the ultimate responsibility for the lifeboats. We’re delighted you got away while 1,400 others didn’t.”

The surviving crew had their contracts terminated by White Star Line at the precise moment of the sinking.

So having been rescued and dumped far from home on the quays of New York, they were now unemployed.

Fire stokers on sister ship the Olympic struck over inadequate lifeboat provision. Some were arrested and all were replaced with scab labour.

But routes for west-sailing ships in the spring were shifted to take them outside the iceberg zone. After the Titanic you really couldn’t argue that it was more profitable to charge through a zone full of icebergs.

There was a rush to provide additional lifeboats on transatlantic ships and legislation was rapidly brought in to make this compulsory.

The notion was that you should have sufficient lifeboat capacity for the passengers you are carrying. I think only capitalism could have evaded this until such a late point.

What would I conclude? The flawed “ideal city” of the Titanic sank into the abyss. Unfortunately the model survived on land.