Now Covid-19 restrictions allow gatherings of a hundred, an urgent hui needs calling. A special conference of the Council of Trade Unions.

Today, workers face the greatest attack on employment, pay and conditions since the depression, we need a strong united union voice. As it stands now, organised labour is in a shambles. For example, the disunited union response to the government’s COVID-19 Income Relief Payment.

That new payment gives those losing their job between March 1 and 30 October because of Covid-19 impact favoured treatment. A weekly $490 tax-free for those working 30 hours or more a week and $250 for those working 15-29 hours. It’s also for students who’ve lost jobs without impacting other student support payments. The benefits are for 12 weeks from June 8 when the current wage subsidy stops for most employees.

If you lost your job before March 1, too bad. You’re stuck on the current maximum single employment benefit of $250 net a week for those 25 and older. 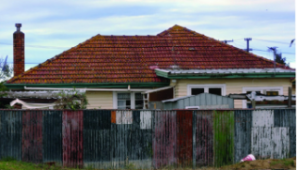 The Child Poverty Action Group denounced the move as creating two tiers of welfare, marginalising those already struggling under the current benefit rates. CPAG spokesperson Susan St John said the new policy “will act to further entrench the growing poverty problem among welfare recipients who do not qualify.” The policy announcement “acknowledges how punitive the current benefit rules are,” she noted.

Incredibly, Council of Trade Unions President Richard Wagstaff uncritically welcomed the package, saying “The government is showing how nimble and responsive they can be to meet the needs of our community. We support this initiative to really make sure that those Kiwis who are out of work are actively assisted to find new work while being financially secure.”

The CTU president concluded, “We are pleased that the Minister of Finance has made it very clear that the option of social insurance is being explored more deeply. Of course we believe that some of the models that Scandinavian countries have deployed go further and deeper.”

Others were more forthright. Council of Christian Social Services secretary Trevor McGlinchey said the new, more generous payment should be extended to all unemployed.

Journalist Susan Edmunds wrote: “you can’t help thinking that it will be a rude shock to those who were already unemployed, who could barely dream of the sort of income the Government will provide those newly jobless.

“The new scheme is generous – about twice the rate of the JobSeeker Support benefit – and, crucially, your partner can earn up to $2000 a week before tax, without it affecting your ability to claim.

“Compare that to the Jobseeker Support, where you and your partner can only earn a combined $90 a week before it starts to reduce the rate of benefit you can qualify for.”

Unite Union leader Mike Treen pointed out: “ An important group to have missed out on support are the migrant workers who have proved themselves so essential to the functioning of New Zealand society. Many are now in a desperate position because they have lost jobs and can’t get home. They also need access to a benefit for at least 12 weeks. A significant number of these are “de facto” New Zealanders because they have been working here for a decade or more and have raised a family entirely in New Zealand. They should have a speeded-up process of residency granted to allow them to stay permanently.”

“Labour has revealed once again its decades-long predilection for categorising people into the ‘deserving’ and ‘undeserving’ poor” and “it is also impossible not to speculate that this is a rather unsubtle way of shoring up support for the government in the months leading up to the election. For the newly unemployed, a higher benefit for the period ending 30 October fits nicely with the 19 September election date.”

On the CTU’s own Facebook page unionists angrily complained about the government’s shitty move and the CTU’s endorsement of it. Head office responded: “(we) encourage you to contact your union and raise your concerns. The policy and decision making of the CTU is determined by our member unions & their members accordingly.“

Really? How many unions and members determined that a two-tier welfare system was an initiative to be supported?

Yes, CTU policy and decision-making should be determined by member unions and their members. Individual applications to scattered union offices can’t achieve that. The best way to workers unity in these troubled times is through the solidarity of a mass meeting, to thrash out a plan serving the interests of our class.

This site uses Akismet to reduce spam. Learn how your comment data is processed.