Redline on the Labour Party 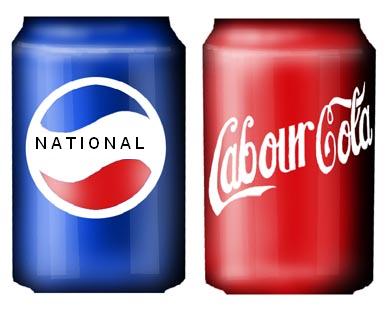 No-one on the anti-capitalist left in this country today puts forward a case that Labour is on the side of the working class.  There are certainly people who call themselves ‘socialist’ who do, but they are essentially liberals with vested interests in Labourism – often for career reasons.

Nevertheless, there are certainly sections of the anti-capitalist left who, in practice, retain illusions in Labour.  Some think Labour is still, at its core, some kind of “workers’ party” and that it is therefore permissible to vote for it and call on others to vote for it.  Or to take sides in Labour leadership elections.  Or to invite Labour speakers to speak at their educational conferences.  Or to demonise National in such a way that points clearly to support for Labour, without actually saying so.

It is a form of comfort politics.  Just as some infants require comforters, a left which hasn’t yet grown up and been prepared to face the harsh realities of the 21st century capitalist world requires the comfort of thinking that there was once a mass force for socialism in this country and that it was the early Labour Party.

In fact, there has never been a mass force for socialism in New Zealand.  There were certainly revolutionary elements in this country – marxists, anarchists, syndicalists – in the early 1900s and there were far more of them then, when New Zealand only had a million people, than there are today when the country has 4.5 million people.  One of the functions of the early Labour Party was to destroy these revolutionary elements, in part by mopping them up and sucking them into Labour, transforming them into harmless social democrats.  Where they couldn’t do this, they worked to marginalise them and destroy their organisations.

All the while, through the 1920s, Labour moved rightwards, becoming more and more oriented to saving and running the system than getting rid of it.  Labour was always far more hostile to the anti-capitalist left than it was to capitalism.  And, of course, the early Labour Party staunchly advocated for the White New Zealand policy, indicated that they preferred a divided and politically weakened working class – ie one more likely to turn to Labour as its saviour – than a united, politically powerful working class which didn’t need the Labour Party.

Over the five years that this blog has existed, we have run a lot of articles on Labour, including some major, lengthy pieces.  Below are many of the major ones but, for a full list, go to the Labour Party NZ category on the left-hand side of the blog home page.

Labour on immigration – from bad to worse

Political donations and the National-Labour siblings

Can the Labour Party survive?

The truth about Labour: a bosses’ party

Labour’s introduction of peacetime conscription and the fight against it

1949 Carpenters’ dispute: Labour and the bosses versus the workers

Twyford is at it again

A stain that won’t wash off: Labour’s racist campaign against people with ‘Chinese-sounding’ surnames

Immigration and citizenship: Labour versus workers

Labour’s repressive 2008 immigration legislation: an attack on all workers

Anti-working class to its core: the third Labour government (1972-75)

Some further observations on the fourth Labour government

Workers, unions and the Labour Party: unravelling the myths

For a campaign for union disaffiliation from the Labour Party

Labour’s leadership contest: confusions and illusions on the left

Recalling the reign of Helen Clark

Darien Fenton at the fantastic conference

Why Labour wasn’t worth the workers’ ticks

Why do otherwise sane, well-meaning people choose to delude themselves about the Labour Party and make up rosy nonsense about its past?

Empty Andy and the ‘Eh?’ team

Labour parties and their ‘left’ oppositions