As historian Dr Martin Crotty notes, Anzac Day has “suited political purposes right from the first Anzac Day march. . . which was very much around trying to get more people to sign up to the war in 1916-1918.”

The day has been around a long time. Less than a year after the Gallipoli landings a half-day holiday for 25 April was gazetted, for church services and recruiting meetings.

At first, Massey had many willing takers.

News from Gallipoli – plus the German sinking of a civilian liner soon after- roused public sentiment in New Zealand. A new rush of volunteers came forward. Enthusiasm lasted until the end of 1915, when the government over-reached itself, raised the reinforcement rate from 3000 to 5000 men every two months. The number of willing volunteers lessened, and district quotas began falling seriously short for the first time.

In response, the state  moved steadily towards conscription. New laws were passed restricting the movements and activities of military-aged men, who from November 1915 were banned from leaving the country without the government’s permission. From February 1916 badges were to be worn by men who’d been legitimately exempted from military service, to draw public attention to those who had not enlisted. The state was closing in on men who had declined to volunteer. 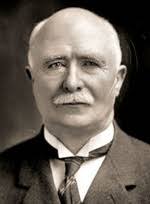 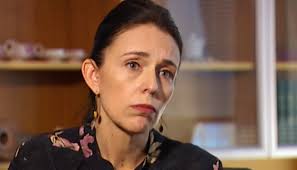 Between 1916 and 1918, 134,393 men were ordered into uniform, many of them called to early deaths. A total of 16,697 New Zealanders were killed in World War 1,  41,317 were wounded. Approximately a further thousand men died from their war injuries within five years of the conflict’s end. Uncountable others were mentally scarred and disabled for the remainder of their days.

A century on, representatives of the New Zealand state and ruling class have continued plying their political purposes every Anzac Day. Their message of obedient duty to capitalism’s military needs has remained the same. In later years though, public reflection on war’s futility has required softer-sounding spin. For example, prime minister Helen Clark in 2004:

“This is not just an occasion of sorrow, but also an opportunity to pay tribute to our New Zealand servicemen and women who lost their lives serving our nation. We acknowledge that they gave their lives in our country’s service, and that all of us today, in some sense, owe them the lives we now lead.

“We all hope that there will never be another world situation on the scale of the wars of the last century. But New Zealand servicemen and women continue to go abroad to places of conflict, putting their lives in jeopardy. They serve our country with courage and dedication as they work to bring peace to troubled places. They are highly regarded worldwide.”

“Together we paid our respects to all those who fought, fell injured and in so many cases died for us, so very far from home.

“It is right that throughout the world, from London to Gallipoli, from Canberra to Christchurch, to our local RSAs and RSLs we continue to remember our Anzacs together.

“It is right, too, that the brave men and women of our armed services continue to work together today.”

This year, prime minister Jacinda Ardern’s conciliatory message tops everything. It probably has William Massey turning in his grave.

“Today our thoughts turn to all veterans, their spouses and families. We particularly pay tribute to those who served in the Second World War, a generation which sadly has almost left us. As we acknowledge their service and honour their contribution to our country, we think too of our current service personnel and their wider support community.

“As we gather together this Anzac Day we recognise that there is still much division to overcome in the world today. Through our expressions of love, compassion and unity, we reaffirm our commitment to peace and freedom of faith and we move forward together in hope.”

If the ghost of Massey worries, it is needless. Jacinda Ardern’s soothing pacifist words have less substance than mist.

In the wake of US President Trump’s 2017 threat to incinerate North Korea Ardern told Patrick Gower on Three’s The Nation that North Korea is “absolutely a genuine and real threat” and New Zealand is ready to play a role if requested.

All options are being explored by the New Zealand Government, Ms Ardern said, with military intervention a definite option, if it had United Nations support.

“Absolutely a genuine and real threat” is absolute bullshit.

In power politics, North Korea is a tiny player, prominent only because of its strategic geographical position, not because of its globally irrelevant repressive monarchical regime.

North Korea is a small, backward country with an economy less than 1/600th the size of that of the US. It is not Korean but US troops and weapons which routinely kill and menace people across the planet.

Today, the US ruling class, feeling its imperialist interests threatened by China’s burgeoning industrial machine, seeks to redress the situation with military might.

To this end, the US demand a totally compliant regime based on China’s borders, an aim they may want our sons and daughters to die for. A want that’s been signed off on by our leader.

When war becomes real, politicians have not a drop of love or compassion for the people.