Symposium on the way forward, 2: What is to be done about the radical left in New Zealand?

We’ve asked several readers to contribute their thoughts on the way forward for the left after the 2014 elections.  The people we invited cover a range of viewpoints from class-struggle anarchist to independent Marxist and include at least one person involved in the Mana Movement.  Rather than invite well-known left individuals, who already have plenty of platform space elsewhere, we’ve invited people who have been battling away as much as they can in their own ways across a number of campaigns and groups.  This is the second contribution in the series. 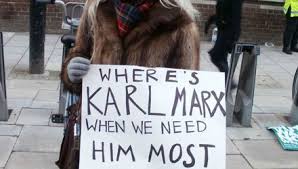 The main reason that I was quickly drawn to Redline was the fact that, compared to the majority of socialist organisations in New Zealand, Redline was not quick to jump on the bandwagon of every local or international protest movement. Instead of the usual left-wing opinionated blog journalism, I found a group of people that actually understood the meaning of materialist analysis. To me this was a breath of fresh air. It had not been since my time as a recent college graduate who was first getting acquainted with Marxism by poking my nose into the meetings of the Workers Party in the Auckland Trades Hall, where I was exposed to The Spark, that I had come across actual Marxian analysis of the situation in New Zealand. Although I was far from the most dedicated cadre, my time spent with the Workers Party was always productive and most importantly educational.

After having lost touch with the Workers Party and returning from a stint in OZ, I decided to once again get involved with socialist politics in New Zealand, but times had changed. The Workers Party that I had once known was a shell of its former self (soon to become Fightback). I was told that people like Phil, Don and Daphna had abandoned the class struggle in New Zealand and instead had chosen to become armchair Marxists. I bothered not to ask too much about the situation, as I thought to myself that it was simply a case of party politics that did not concern me, so instead I decided to just go along with the new Workers Party. However I was quick to find out that this was not the Workers Party I had once known. There was something missing. That something was a strong theoretical base.

I first began to notice this through the Workers Party’s/Fightback’s staunch support of the Mana movement. Truth be told, I too thought that supporting Mana was a good idea. This position of mine began to change. Wanting to get back into socialist politics I thought to myself that I better polish up on my Marxist theory and what better way of doing that than trying to tackle the first volume of Capital. The more I began to understand Capital the more sceptical I became of the welfarism of Mana and groups like Fightback and Socialist Aotearoa who had jumped on the social democratic bandwagon. Then I discovered Redline, home of the ‘armchair Marxists’ that I had been warned about. But rather than finding the ramblings of old disgruntled leftists, who should simply shut up and make way for fresh blood (this was a common opinion that I found amongst many of the young activists involved with Socialist Aotearoa), I found a group of people that had the discipline to put their own revolutionary fantasies to one side and instead engage with proper analysis of capital accumulation.

While I still maintained some hope in Mana, that quickly began to change once they teamed up with Kim Dotcom and formed Internet-Mana. Redline’s criticism of Social Democratic Mana and the negative impact that it would have on the radical left was proving to be correct. The recent elections and the horrible defeat of Internet-Mana, despite the millions thrown at it by Kim Dotcom, made me witness to the theoretical (Redline’s criticism) becoming material reality.
There was also another theoretical criticism that was floating in my mind as I watched the election results. This was the ideas of the greatest Marxist theorist after Marx and Engels. A theorist that despite being the most important Marxist of the 20th century, you will be hard-pressed to find, unlike Marx and other Marxists, getting the recognition that he deserves in academia (Engels also falls into this category). I am talking about Vladimir Ilyich Lenin. As I watched the election results, I could not stop thinking about his book, What Is To Be Done? and how his criticism of social democrats back then rings true today in 21st century New Zealand.

In this book Lenin provides one of the greatest Marxist critiques of reformism, with special attention given to the social democrat Bernstein. Lenin’s critique of reformism is also best understood through engaging with his thoughts on another prominent social democrat, Kautsky.

Bernstein was a social democrat through and through. For him there was no need for a revolution, socialism could be achieved through reforms and peaceful democratic elections. Kautsky on the other hand, still understood the reality of the capitalist class not giving up their position of power without a fight, but still maintained his faith in the ability of bourgeois democracy being the greatest vehicle to advance socialism. What both of these two had in common was the idea that socialism could be advanced through building a mass workers party. This is the idea that somehow all we need is a party that will represent the interests of all workers and, through large numbers, it will be possible to push through reforms in parliament that will advance socialism.

Starting to sound familiar? Well it should because, in a nutshell, this is what the Mana movement was –  except that they were not trying to advance socialism, but trying to return New Zealand back into the welfare state that it once was before its traditional bourgeois workers party (Labour) unleashed necessary (from the point of capital) reforms designed to protect capital accumulation. In other words, neoliberalism did not come about because kiwi capitalists are big meanies, but because of a series of contingencies resulting from the need to tackle the issue of a falling rate of profit.

Despite these neoliberal reforms coming to an end by the mid ‘90s, neoliberalism became the rallying cry of the New Zealand left and Mana was simply another version of a political movement motivated by this need of the New Zealand left to fight phantoms and joust with windmills. While the well-meaning activism of Mana as a whole could be forgiven for their lack of theoretical understanding, the speed at which so-called Marxist organisations jumped on the social democratic ship and stayed aboard even after hitting a large German iceberg (Kim Dotcom) makes them deserve a good old-fashioned Leninist theoretical scolding (plus a little bit of Maoist bookhead slapping; I was thinking of the Grundrisse, but better to start them off with something a little easier going like The Poverty of Philosophy as we know that theory is not their strongpoint). Mistakenly, these so-called Marxists somehow thought that their involvement with Mana would allow them to gain influence and turn a party whose version of radical politics was nothing more than welfare reform into a vehicle for socialist revolution.

This was Kautskyism on meth. Marches against asset sales, deep sea oil drilling, TPPA, GCSB spying, you name it, were only a step away from turning Auckland central into Paris of 1968 in their fantasies. Unfortunately for them, they were unable to turn Mana into a revolutionary socialist organisation; instead Mana had turned them into social democrats. This is because, as theorised by Lenin, if a party’s only strategy is simply gaining votes it does not matter if they use revolutionary rhetoric, because sooner or later they will find themselves conforming to the parliamentary system. Once a means to an end, their emphasis on reforms will simply become an end in itself.

What is to be done now?

Lenin’s solution to the theoretical shortcomings of Bernstein and Kautsky was the need to build a party whose aim is not to win overall workers, but rather engage with the most militant of workers. Instead of trying to push through a few reforms in parliament, this party would aim to raise the revolutionary consciousness of militant workers by educating them in Marxist theory. But such a party was all well and good in Czarist Russia where workers had already risen up, occupied factories and set up councils (Soviets). What about a country like New Zealand where fight back has almost become non existent, horizons are continually being lowered and workers are becoming increasingly atomised?

In such an environment, a traditional Marxist-Leninist party becomes a waste of time. This, however, does not mean that Leninism itself becomes pointless, far from it. We need Lenin in New Zealand now more than ever, but what we need is not a vanguard for New Zealand workers. Instead we need a vanguard that can engage with activists and socialists and educate them in Marxist theory. If we can achieve this, we may have some hope of saving socialist politics in New Zealand and help prevent such socialists from making more tactical errors.

Further reading: for the first contribution to this symposium, see here